Plant a tree in memory of Blaine
An environmentally-friendly option 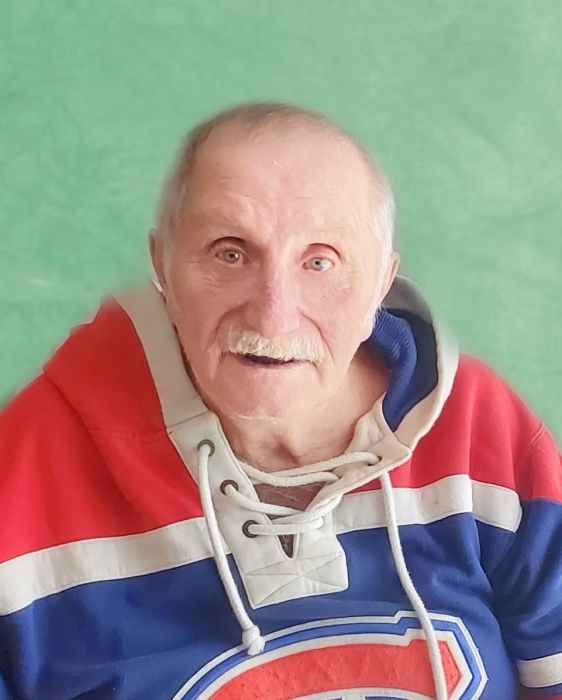 It is with deep sadness that the family of Blaine Rennie announces his passing on May 27, 2021 at Yorkton Regional Hospital. He is predeceased by his parents David and Florence Rennie, his father in law, Sam Smuk. He is survived by his loving wife, Arlene, his children, Chris (Desiree) and Chad (Courtney); grandchildren Kiara, Mia, Ryder, Bentley, Makynli and Jack,  brothers,

Blaine had a love for classic cars, and would be after the boys to be checking the bargain hunter for these cars as well as getting them to check them out.   His hobby of collecting die cast cars kept both Arlene and Blaine busy driving the country side buying them .

In Blaine's younger years he enjoyed participating in sports.  Golfing, broomball, and slo-pitch, especially the red eye tournaments were a thrill for him. Whether Blaine was being kicked out from Chris' hockey game, or talking football with Chad, sports were always a hot topic for discussions. Born and raised in Saskatchewan, Blaine was a true Roughrider fan. Wearing green on game days.

Blaine was an avid Montreal Canadiens fan, he even insisted on naming his sons after the teams iconic CH.  No matter how his Habs played he would be defending them.  On the day of his passing his beloved Habs played and won a glorious game against the rival Toronto Maple Leafs.

There was no doubt that Arlene was the love of his life, 42 years together wasn't enough time. Blaine was a hopeless romantic, he would often leave love notes around the house for her. Blaine always hoped for his boys to find the same kind of love, as the kind he shared with Arlene.

They owned a cabin at Burgis Beach for many years, and on Friday nights you would find Blaine enjoying bingo at the hall. He was always so proud to tell you what he won, usually it was some sort of pie. He loved the lake life, he could relax, spend many hours with his brothers and friends usually playing the game “Guts” or crib.

In his the younger years he worked for Swifts/Gainers.  When they closed he moved to Western Grocers working there till they closed and he retired.  Once he retired he realized that he wasn't ready to retire and worked at Fas Gas till he officially decided to retire.

Due to Covid precautions; a funeral will be held at a later date.

“The best a man has done

Should not be the standard

For the rest of your life”

For more information or to leave a condolence for the family please contact www.ChristiesFuneralHome.com.

Plant a tree in memory of Blaine by clicking here.
To send flowers to Blaine's family, please visit our floral store.

A service summary is not available

Plant a tree in memory of Blaine
An environmentally-friendly option

Plant a tree in memory of Blaine

1 tree planted in memory of Blaine

Our deepest condolences on the passing of Blaine. It is never easy to lose someone you love.   May he be in peace with our heavenly Father and we pray for peace and comfort for you and your family at this difficult time.   He will be in our hearts forever.   Eternal memory!

Arlene & Family,
So sorry to hear of Blaine's passing, keep all of your memories close to your heart, my prayers for comfort & peace are with you.
Sharon Pedde

So sorry yo hear of Blaine’s passing. I fondly remember the annual Christmas holiday shinny fame at St. Mary’s school. The 3 Rennie brothers, a couple of Tamblyns, and many others. Great excitement!!

Sorry to hear about Blaine

HUGS TO  YOU  ARLENE & FAMILY

Plant a tree in memory of Blaine