Plant a tree in memory of Lance
An environmentally-friendly option 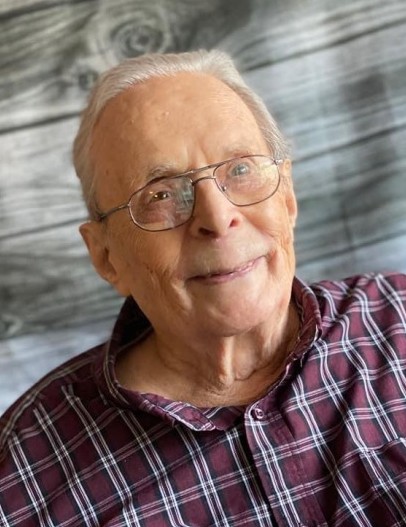 Due to current Covid-19 restrictions, there will be a Funeral Service for Lance at a later date.

Should friends so desire, donations in Memory of Lance Laverne Irvine may be made to the St. Andrews Church Memorial Fund

Lance Laverne Irvine was born July 21, 1932 in Edmonton, Alberta, the eldest of four boys and a sister. After their mother’s tragic death when he was 12, Lance became their intrepid leader through many adventures that would later enthrall his grandchildren as “mischief stories”, including hitchhiking with all three brothers 800 kilometers each summer back to work with his aunts and uncles on his grandparents’ farm in Bentley, Alberta. He finished high school in Vancouver, then enrolled in the air force and served four years in Trenton, Ontario (discovering passions for Wagner and the Cleveland Indians during forays stateside) before beginning his academic life at Queen’s University in Kingston, then the University of British Columbia for teaching and library science degrees, ultimately earning a Master’s in Philosophy from the University of Washington. He recounted memories of his summers spent in the forest service with great humor. In 1967, he became the first librarian at the new Yorkton Regional High School in Saskatchewan. There, he met another English teacher, Rilla Aim. Their 52-year marriage was the best example of a loving partnership their four children could ask for. He often said she was the luckiest thing to ever happen to him. Always ahead of his time, Lance used audiovisual resources to build courses in English and history for students who struggled in a conventional classroom. His children were the center of his world. He spent thousands of hours in hockey rinks and shared with them his love of the outdoors, including fishing, building Yorkton’s nature trail, and maintaining his route of highway bluebird houses. His voracious appetite for books fed a scholarly obsession with military history, particularly the American Civil War. Among the great excitements of his life were plodding through battlefields across the southern United States, including attending a reenactment at Gettysburg. He cheered at Cleveland Indian games. A lifelong classical music enthusiast, he realized a dream attending Wagner’s Ring Cycle at the Metropolitan Opera. Upon retirement, he continued to work as a commissionaire in Yorkton and Regina, and teaching philosophy by extension for the University of Saskatchewan. He was an intrepid bridge player, joining friends at the Gallagher Center many afternoons. The interests and accomplishments of his children, their spouses, and grandchildren continually delighted him. He never shied from discussions of challenging topics on which he was well read. He was a proud grandson of Cooperative Commonwealth Federation founder and member of parliament William Irvine. Books were an endless source of companionship throughout his life, made even more precious by the isolation of Covid. He died peacefully on April 8, 2021. He was predeceased by his parents Ronald and Alvina (Baumbach) Irvine. He leaves to mourn his wife, Rilla, sons Ed (Tammy), Gene (JoAnn), Allie (Arnon), Will, and Ron (Pearl), his grandchildren Justin, Joel and Sharon, Brendan and Parker. A memorial will be held in the fall.

“Be a philosopher but, amid all your philosophy be still a man.”

Plant a tree in memory of Lance by clicking here.
To send flowers to Lance's family, please visit our floral store.

A service summary is not available

Plant a tree in memory of Lance
An environmentally-friendly option

Plant a tree in memory of Lance

1 tree planted in memory of Lance

I had the privilege of interacting with Mr. Irvine through Reach For the Top. His knowledge in a vast number of topics kept the participants on our toes. His support & encouragement was always appreciated. Rest in Peace. Condolences to Mrs. Irvine & your family!

I had the privilege to know Lance as the father of my childhood friend Allie. I encountered a thinker, a debater, a lover of the arts, and a devoted family man. His presence resonates in my memory. My deepest condolences to the family.

I am one of many, many students to have had the pleasure of knowing Mr. Irvine. While I did not have him as a teacher, our paths crossed multiple times in the library as I was an avid reader. My thoughts and prayers are with you all.

So sorry to hear of Lance's passing.
Have thought of him many times this winter.
Miss him and all at the bridge table.
My deepest sympathy to Rilla and family.
Gordon and Carol.

Plant a tree in memory of Lance